Why Businesses Should Switch to LED Lights 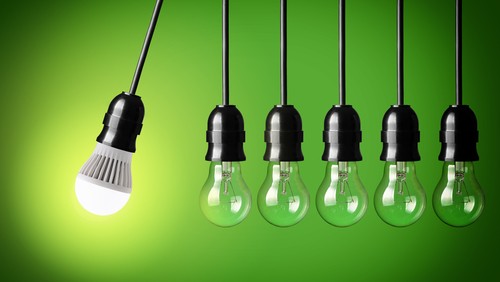 Being energy-efficient and environmentally conscious has progressed from simply being a good idea to a way of life – not just for the Toyota Prius crowd, but for businesses looking to cut their overhead expenditures by reducing their carbon footprint (and additionally appealing to a more green savvy clientele). One way companies can be on the cutting edge of corporate concern for their energy expenditure is by switching to LED lights.

LEDs are light emitting diodes, small electronic devices that give off far more light per unit of electricity than traditional fluorescent lights or lamps. They are typically more expensive than older methods of providing light, but the money they will end up saving means the expense pays for itself. Here are five reasons why businesses should switch to LED lights:

The New York Times compared LED lights to regular light bulbs, and found that the LED lights were good for up to 50,000 hours of illumination – compared to just a maximum of 2,000 hours for the regular. For a business, this would mean spending much less money on doing regular facility-wide installations, when older, and less efficient bulbs inevitably burn out. LED lights don’t even burn out – they “fade away”, according to the New York Times, simply producing less amounts of light, but never dramatically sparking into darkness the way regular bulbs do. Even at the end of their 50,000th hour of operation, LED lights will continue to produce an estimated 70% of their maximum illuminating potential, thereby saving a business a fortune on having to replace their lighting system every 2,000 hours of use.

LEDs can save up to 70% of a company’s energy output, says Phys.org, a research, technology and science website. The statistic is impressive, but what does it mean for a business on a practical level? Reducing carbon emissions means reducing the consumption of energy. As an example, Buckingham Palace turned to LEDs for their ceiling lights. As an example, illuminating the official residence of the Queen of England uses literally less electricity than making a cup of tea. A business that uses LEDs for their lighting needs will slash their monthly overhead budget considerably.

3. Switching To LEDs Can Make Money

Thanks to President Barack Obama’s stimulus package to reward the implementation of “green” infrastructural investment, there’s actually money to be made from your business using LEDs, not just money saved. The President promised to give environmentally friendly companies help in leading by example in how such businesses might go about reducing their carbon footprint. As part of the 2009 stimulus package, the federal government awarded $34 billion in government investments to companies that showed their initiative in converting to energy efficient methods of doing business. This could mean that an organization receives federal funds to help with the logistical implementation of a large-scale LED lighting system, thereby saving money on the necessity of having to contract the work out to a third party.

4. LEDs Are The Future

For a while, the idea of LEDs replacing traditional methods of illumination was disregarded. However, a Californian electronic consulting agency predicts that the LED industry will reach $1 billion by the end of 2013. Corporate juggernauts like General Electric and Philips have joined the bandwagon and commenced manufacturing LEDs, with GE buying an LED startup company that expected to see growth of $15 million in a single year. The idea that using LEDs to light an office is no longer on the fringe, and is instead very serious business.

At the risk of flirting with vanity, making a good first appearance can convince a client or a customer to do business with your organization. The quality of light produced by LEDs (for example, in LED signs for businesses) over traditional incandescent fixtures can literally improve the ambient illumination of your office space. Older lamps shift as they age, casting unseemly shadows and even unwanted colors. LED bulbs spread light wider than their fluorescent counterparts, giving a more even distribution of light and making a facility seem more naturally, aesthetically lit. 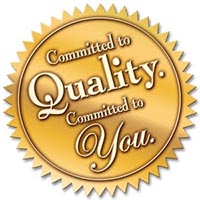